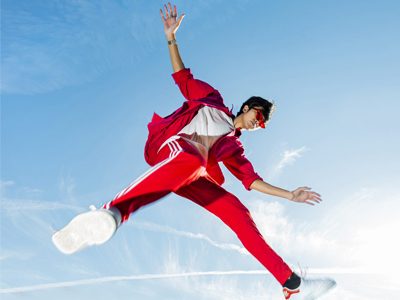 There has never been a generation with so many different types of media at its disposal. If you were to go back maybe 70 years, television was emerging as one of the more prominent pastimes, newspapers were being delivered to everyone's door, and radio shows were still extremely popular. Now, we have social media, television, streaming services, more films than we can watch, podcasts, blogs, and more. Media has been revolutionized and we have much more variety in our options of how to engage with it. Nobody knows how to traverse this new media landscape better than Gen-Z.

Gen Z has been a big contributing factor in how media has diversified. If it weren't for their internet-savvy, creative, and trendy methods for engaging with social media platforms, our media landscape would look much different than it currently does. For one, there would be fewer media platforms that are strictly digital and cater to the interests of Gen Z, as BuzzFeed, Vice, Refinery29, and more do. There would also be less participation in media, as Gen Z has truly taken advantage of the possibilities offered by the internet and created their own media channels, independent from the traditional corporate media model that was formerly responsible for the types of media being shared.

Gen Z's favorite types of media are platforms on which Gen Zers can effectively express their creativity, like Instagram and TikTok. A major feature of Gen-Z media is the ability to engage with others and amass a following by showcasing innovative and creative content. This limitless artistic expression has led to many cultural shifts, including the creation of memes and different types of art, from the skits that abound on TikTok to the videos of artists creating their masterpieces. This ability to expend creative energy in different ways is a fundamental feature of the types of media that most appeal to Gen Z.

Social media is also appealing because of the audience a person can reach there, which is why it's become such a haven for social justice issues and spreading awareness. Gen Z is very politically conscious, and they've translated this feature into media via things like Instagram infographics that explain social issues in understandable terms. This political activism has even caused major publications to shift their focus so that they’ll align with this bustling social awareness. Teen Vogue, for example, rebranded to become "[t]he young person's guide to conquering (and saving) the world," at least according to their mission statement. Now a favorite among Gen Z, the publication couples insightful political commentary (usually written by members of Gen Z) with fun celebrity news. This balance greatly appeals to Gen Z, and is why Teen Vogue is leading Gen-Z media.

If you'd like to explore ways to use Gen-Z media to your company's advantage, don't be afraid to reach out to us! We can connect you with one of our talented creators.