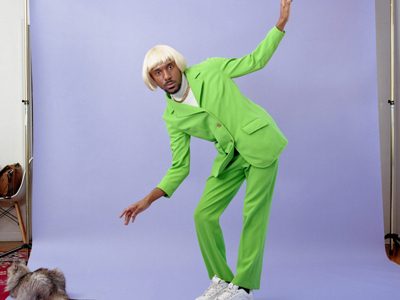 How Gen Z Could Influence Your Marketing
January 27, 2021

Gen Z is often referred to as the "generation that grew up online." They were the first to really be born into a digitized society, rather than experience its development firsthand. This unique experience means that members of Gen Z have been responsible for shaping our internet culture, especially when it comes to social media. Many of the most exciting and influencers on social media are members of Gen Z, and they capture the attention of thousands—sometimes millions—of followers. As a result of their visibility, they are often sought after by major brands who want their products to reach a vast amount of people. The sponsored posts uploaded by these influencers often feature a brand's product in a way that still corresponds with the influencer's overall theme of their page. It's a unique and new way of advertising: though influencers' followers may see the same product, they often are exposed to it in a variety of creative and original ways.

Because of this creativity, it's fair to say that influencers have revolutionized marketing and advertising so that their impact can be felt even off our social media screens. If you look at Instagram's recent advertisement campaign, a diverse cast of Instagram models are highlighted in different ways that correspond with each model's individual aesthetic. Other companies, like Nike, have incorporated social media influencers into their branding by creating commercials and advertisements that not only feature a diverse cast, but also reference viral memes or social justice issues that Gen Z is passionate about. Countless brands are channeling the digital essence of Gen Z by following this formula and including references to popular posts or phenomena. It's become clear that the internet culture cultivated by young influencers has transcended the phone screen and is starting to influence many of the traditional forms of advertising.

Of course, the best way to make sure you're using Gen Z's influence to your brand's advantage is to highlight Gen-Z voices and use actual people from their generation to help promote your product. Hiring Gen Zers is an almost foolproof way to create a memorable marketing campaign, and capture the attention of their peers. After all, at the end of the day the people who know Gen Z best are actual members of Gen Z.

If you want to enlist the help of Gen Z to produce an eye-catching advertisement campaign, don't hesitate to reach out to us at Adolescent—we'll connect you with a talented, experienced creative who will help you reach thousands of Gen Zers.