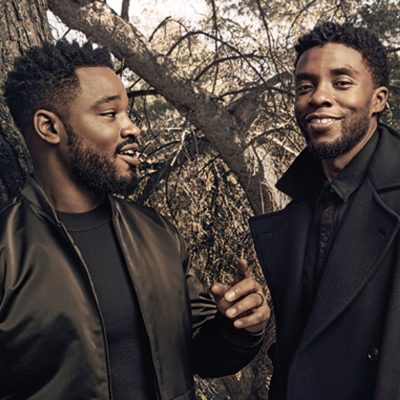 POC Directors you should know about
September 25, 2020

In 2015, April Reign, a writer and editor, created the hashtag #OscarsSoWhite to call out the long-standing lack of diversity within both Hollywood and the Oscars nominations. Within days, #OscarsSoWhite gained speed and momentum across many social media platforms. IndieWire reported that in 85 years of the Academy Awards from 1927 to 2012, Halle Berry was the only woman of color to win the Best Actress award. They also reported that less than 4% of acting Oscars have been awarded to Black actors and actresses. The lack of diversity in Hollywood and award show nominations has been an unfortunate, systemic situation that doesn’t accurately take into account the diversity and talent of Hollywood, actors, actresses, directors, and creators.

As a Gen-Z youth creative agency, Adolescent Content strives to uplift and promote people of color and their work. We’ve compiled a list of amazing directors of color who have made strides in Hollywood and independently.

Ava DuVernay is an American filmmaker, director, producer, and writer who has rightfully become a household name. DuVernay was the first Black woman to win the directing award at the 2012 Sundance Film Festival, for her film Middle of Nowhere. She also became the first Black woman to be nominated for a Golden Globe Award for Best Directing for her work on Selma, and was the first Black female director to be nominated for the Academy Award for Best Picture. Her amazing directing work on both Selma (2014) and 13th (2016) have earned her worldly acclaim.

Ryan Coogler is a director and screenwriter from the Bay Area, who has directed award-winning films such as Fruitvale Station (2013) and Marvel’s Black Panther (2018). Black Panther grossed over $1.3 billion at the box office, making it the highest-grossing film in history by a Black director. He has won awards for his directing work, such as the Outstanding Director Award at the Black Reel Awards, the Best Debut Director Award at the New York Films Critic Awards Online, and more. Coogler is set to direct a sequel to Black Panther, coming out in 2022.

So Yong Kim is a Korean-American independent filmmaker and director whose versatile talent spans directing films, television, and music videos. Her debut film In Between Days debuted at the Sundance Film Festival, where Kim received the Special Jury Award. Kim’s film Lovesong was selected at the 2016 Sundance Film Festival. She directed a music video for Mitski’s song “A Burning Hill” in 2016, and directed episodes of On Becoming a God in Central Florida starring Kirsten Dunst in 2019.