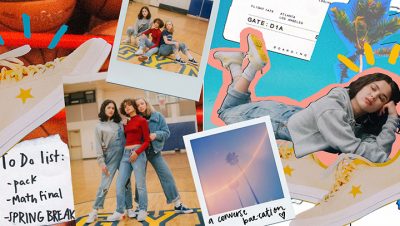 While stuck in the midst of the nightmare that is Bay Area rush-hour traffic at the start of 2020 just last week, I had a mildly fear-inducing thought: kids that were born in 2004 now are legally allowed to drive in California.

I was terrified by the fact that I felt so old, compared to kids born in 2004, despite my being only five years older.

But then I realized just how ridiculous I was being—people probably said the same thing about my fellow born-in-1999-so-we’re-just-barely-’90s kids, just five years ago. But beside the point, those kids born in 2004 and I have more in common than I’d think: we’re both members of Generation Z.

Gen Z, as defined by the Pew Research Center, is the generation of Americans born from 1996 to 2012. It’s often debated what the defining start and end years to Generation Z are, but much Gen Z research and insights place the start date within the mid-to-late 1990s. Whereas Millennials watched and understood the sheer magnitude of the September 11 attacks when they happened, most Generation-Z members were barely toddlers or weren’t even born yet.

For many demographers and researchers, the technology boom in the mid-to-late 2000s is the pivotal factor that differentiates Generation Z’s identity from previous generations, such as Millennials in the 1980s and early 1990s, and Generation X prior to that.

The introduction of the iPhone in 2007 and consequent rise of social media in the following years means that technology and digital literacy has been ingrained in this generation. Gen-Z is the first generation to grow up in an era of smartphones and social media.

What are some examples of Gen Z Social Media? Best Generation Z social media platforms to find your best youth influencers and youth creatives are apps like TikTok, Instagram, Snapchat, and Vine (R.I.P).

Generation Z’s reputation as the most diverse generation is one that is rooted in this generation’s inherent drive and passion for social justice, equality, and equity.

Here at Adolescent, diversity is well represented with our Gen Z creatives, including LGBTQ Directors, Non-Binary Directors, WOC directors, WOC Photographers, POC Directors and POC Photographers. For many of the older Gen-Z members, the first election they voted in was the 2016 election between Donald Trump and Hillary Clinton. In the years following that election, there have been innumerable efforts from Gen-Z members worldwide to protest and speak out against topics such as gun violence, equality, climate change, reproductive rights, and more. Millions of Gen Zers have marched, protested, and fought for justice.

For me, Gen Z is so much more than a phone-obsessed generation of young kids. It’s a cohort of passionate individuals who believe in sparking social and political change. Sure, Gen Z is adept at making funny TikTok videos—but we’re also extremely adept at fighting for a better future.